A balanced diet must contain nutrients and minerals of all kinds to be considered complete. When formulating this balanced diet plan, it is important to strike perfect combinations and not pair foods that are incompatible with one another. Such incorrect combinations can increase the development of bodily toxins, which are considered to be the root cause of all evils.

The major reason why some foods do not go well with others is because of the transit time of these foods. Some foodstuffs take longer to digest as compared to others. For instance, fruits take about 30-40 minutes to get digested while meat might take about 3-4 hours to digest. Keeping this in mind, here are six food combinations that you must, most certainly, avoid:

Fruits move quickly through the stomach due to its fibrous nature and are majorly digested in the intestines. Fruits are predominantly sugars and Ayurveda claims that it is difficult to digest sugars. That is why, fruits need to be consumed exclusively without any accompaniments. Fruits are also known to release digestive enzymes, therefore consuming them after food might result in overeating. Moreover, the sugar content of the fruits starts fermenting when consumed with other food stuffs that take longer to digest, like meat or grains. Eating fruits an hour before consuming a heavy meal kick-starts your digestive enzymes thereby making them more efficient in absorbing the nutrients from the food consumed.

Ayurveda confirms that milk and fish is a disastrous combination, reason being that fish is a non-vegetarian foodstuff while milk, although obtained from an animal source, is purely vegetarian in nature. This makes for a bad combination and must be avoided at all costs because consuming them together increases the tamas guna in the body which could lead to an imbalance. It also gives rise to certain chemical changes in the blood. Essentially, science agrees with the notion that protein-based foods do not necessarily go well with dairy products because of the opposite effects it has to the body. Milk is a cooling agent while fish/seafood creates heat in the body because break down of proteins releases immense energy in the digestive system.

Be it water, juices or tea/coffee, consuming liquids along with your meals is a bad idea. Liquids travel faster into your system and dilute digestive enzymes from your stomach lining. You might notice you feel relatively full after drinking a glass of water. It is best to drink water 10-15 minutes before you eat food and even prior in case you are consuming a very ‘meaty’ diet. If liquids are ingested during or after meals, it makes it difficult for the gastrointestinal tract to digest the proteins, carbohydrates and fats present in the food leading to problems of indigestion.

Lemon contains citric acids while milk contains lactic acid. The combination of these two acids is a bad choice. Dairy foods curdle up when mixed with other acids and who likes to consume spoilt milk? It saturates the digestive process and gives rise to health ailments like acid reflux or diarrhoea. The acids present in lemon dilute the starch and enzymes present in milk, making their consumption quite redundant. The curdling of the milk can create a heavy mucus-like substance in your stomach which has detrimental effects on the body.

Aerated drinks, in itself, are never a good option as they are highly sugar-based and in fact, a can full of health hazards. However, coupling mint with these carbonated drinks could make the adversity even worse. The gas released after consuming this combination causes excessive bloating and acidity which can cause intense discomfort. This happens because of the sudden release of carbon dioxide. Therefore, steer clear from a combination made up of these two ingredients.

The classic breakfast meal, bacon and eggs, is not a great option, especially when consumed as the first and the most important meal. Egg whites are known to be high in their protein content while the yolk is mainly cholesterol-based. Fried meats are also high on cholesterol and protein. Combination of these two foodstuffs can take a toll on your digestion, causing a very heavy feeling in the stomach and must be avoided at all costs. Replace one of these foods with fruits or fresh vegetables for better digestion. 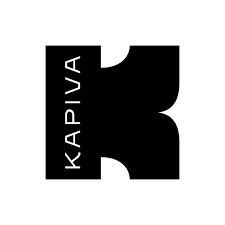 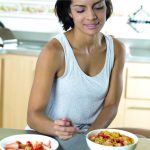 7 Breakfast Cereals with Herbs, Whole grains, and No Added…

One should not attend even the end of the world without a good breakfast. Breakfast… 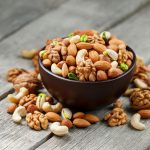 Foods For Eye Health – 9 Foods To Improve Your…

Your eyes are the connection between the outside world and you. Much of what you… 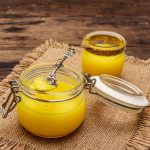 7 Incredible Benefits Of Desi Cow Ghee For Your Health

When you remove the water and milk from the butter and churn it, it turns…