What if we told you that there is a safer and much more effective way to boost your brain’s capacity and health? An ayurvedic form of treatment that is better than the use of psychotropic drugs? Ayurveda is here to wave goodbye to all your memory and brain-related disorders as Brahmi (Bacopa Monnieri) is here to the rescue.

What exactly is Bacopa Monnieri?

Bacopa Monnieri is the botanical name of a herb that is better known as Brahmi (the herb of grace). It acts as a wonderful medicine and is known for enhancing intelligence and memory. It also comes with anti-diabetic, anti-ageing and antioxidant properties.

It is said to be advantageous to the mind and has even been a saviour in improving brain health, inflammation, tumours, Alzheimer’s disease, anxiety, memory loss, epilepsy, ulcers, asthma, ADHA and leprosy. Today, it is even renowned for its brain-boosting ability and alternative to psychotropic drugs.

What are the Benefits of Brahmi?

Brahmi benefits are widespread and cover a range of disorders. Some of them include:

1. It treats anxiety and cognitive disorders in a natural way.

2. It ups serotonin levels in the brain and so reduces levels of anxiety and increases relaxation.

3. It enhances memory and levels of concentration while it is also found to raise IQ.

4. It improves impulse transmission between the brain’s nerve cells.

5. It comes with biological effects that safeguard and fight against brain ageing and dementia.

6. In certain cases, it is said to reduce the frequency of seizures in an individual.

7. It encourages vascular muscle function and is found to be effective in minimizing high blood pressure.

8. It is not addictive in any way while at the same time helps to regulate serotonin and dopamine levels in the body.

9. It enhances brain communication in a more desired way.

10. It is a chronic pain minimiser and has strong anti-depressant effects.

Why are People turning to Brahmi?

Rather than turning to prescription drugs to provide support and relief, people are now heading for Brahmi as it is a safer and better choice. It comes with less severe side effects than most psychotropic drugs available in the market today and so, it is the more sensible choice. Bacopa benefits have, over the years, turned out to be more visible and repetitive while success stories of people using this herb for the treatment of their various problems have also seen a steady rise.

As the years have gone by, Brahmi has continued to show positive effects on people suffering from a wide variety of ailments and disorders. This is why this herb is said to be a safer and more natural way when pitted against psychotropic drugs.

Read on to know other Flowers That Improve Your Health 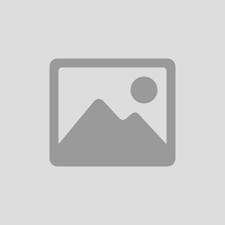 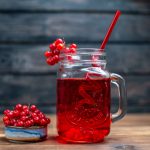 What To Eat When Your Blood Sugar Dips Unnaturally 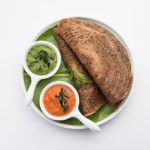 9 Healthy Breakfast Options If You Have Diabetes

Are you tempted to skip breakfast as you rush out the door in the morning?…

Can I Reverse Diabetes Naturally? What Is Diabetes Remission?

Many of us fear diabetes - after all, it’s linked to a host of complications…